For Kingston and Cumnor 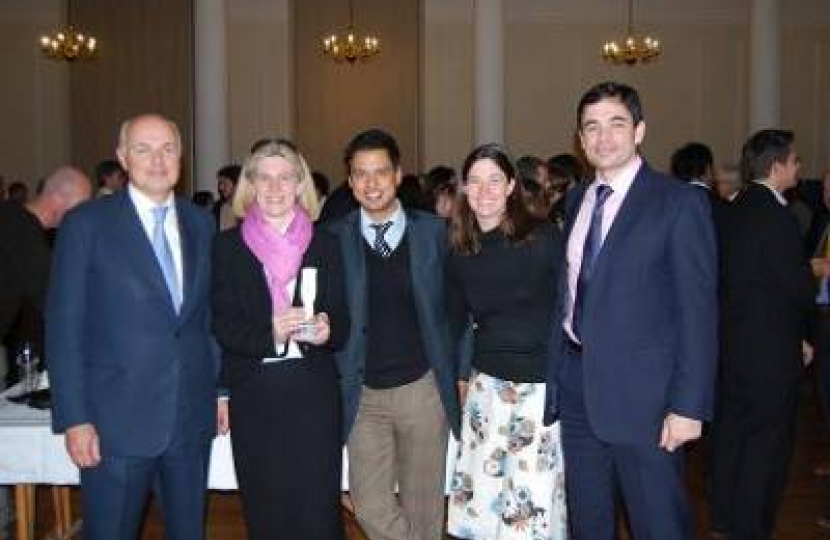 The Centre for Social Justice has picked up another award at this years Prospect Think tank awards. It has won UK Social Policy think tank of the year following on from its first award for publication of the year for 'Breakthrough Britain' in 2006. Juliette is seen here recieving the award with the team R-L: Rt Hon Iain Duncan Smith MP, now Secretary of State for the Department for Work and Pensions (DWP), Philippa Stroud, former Executive Director and now a special advisor at the DWP, Asheem Singh, author & researcher and Robin Miller, former Programmes Director.